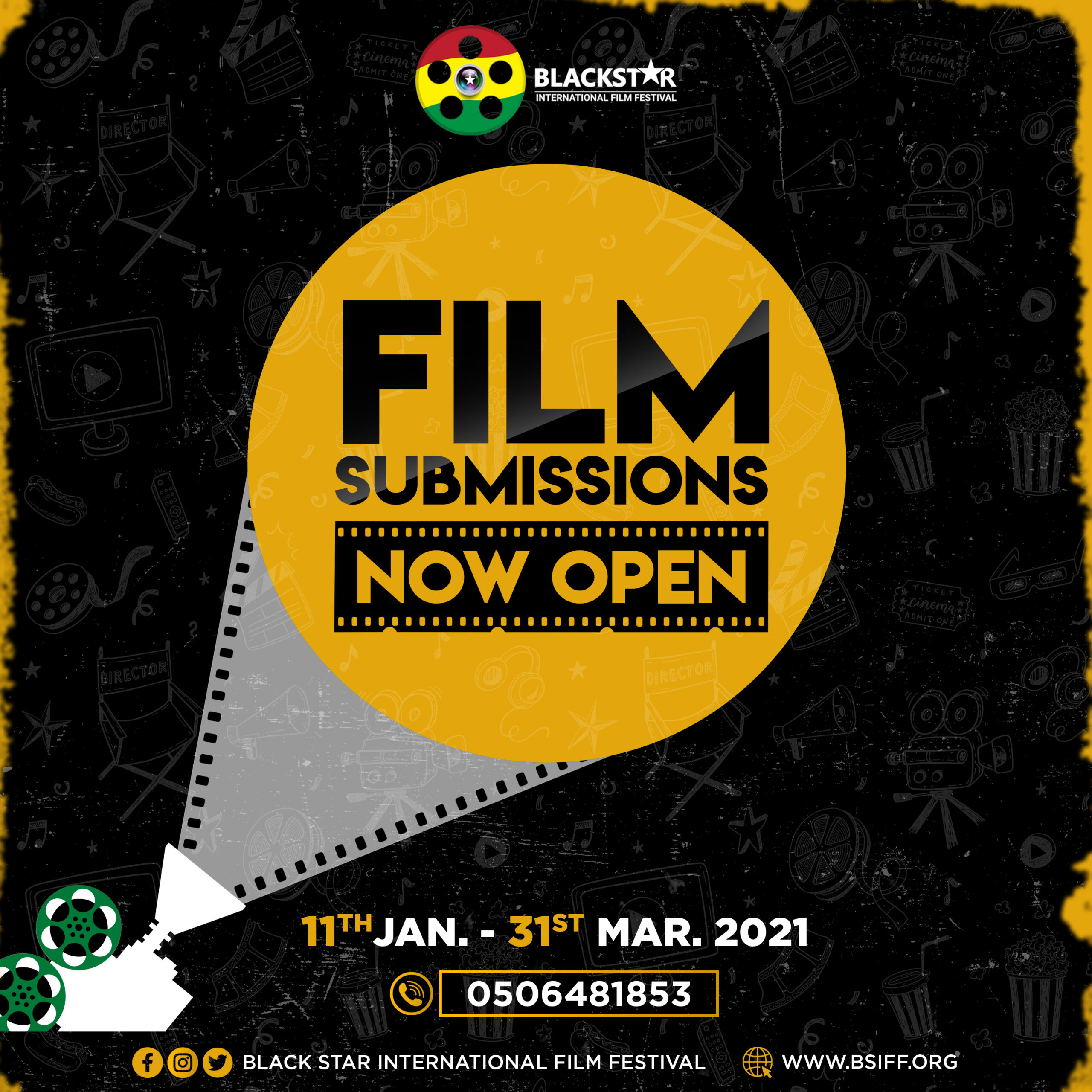 The Black Star International Film Festival (BSIFF) wishes to inform the general public; that they can submit their films to be considered for this year’s film festival.

Wondering which award categories the submissions to BSIFF would fall under? Well, Jamie says…

This year’s event would have a total of eight award categories. These are not only Best feature film, Best short film, Best student film, and Best women in film, but also Africa rising, Best documentary film, Best music video (more on that here), and The Odehye3. To know more about the rules, and also the eligibility criteria to meet; kindly visit the official website of the organization; bsiff.org.

Wish to know more about the Black Star International Film Festival, and how to contact them?

The Black Star International Film Festival is a not-for-profit festival with the vision to position Ghana as a film tourist destination. In addition, the festival; which was established in 2015; also seeks to bridge the gap between African cinema and the rest of the world; as well as also creating global connections through film. You can connect with BSIFF via their Facebook, YouTube, Instagram, and also Twitter social media channels.

I do hope more creatives would hop onto this train and submit their content. I also hope we enjoyed this article, and as always; connect with The Brew Show via our Facebook, Twitter, Linkedin, and also our YouTube social media channels. Thank you for your time, and enjoy your weekend!