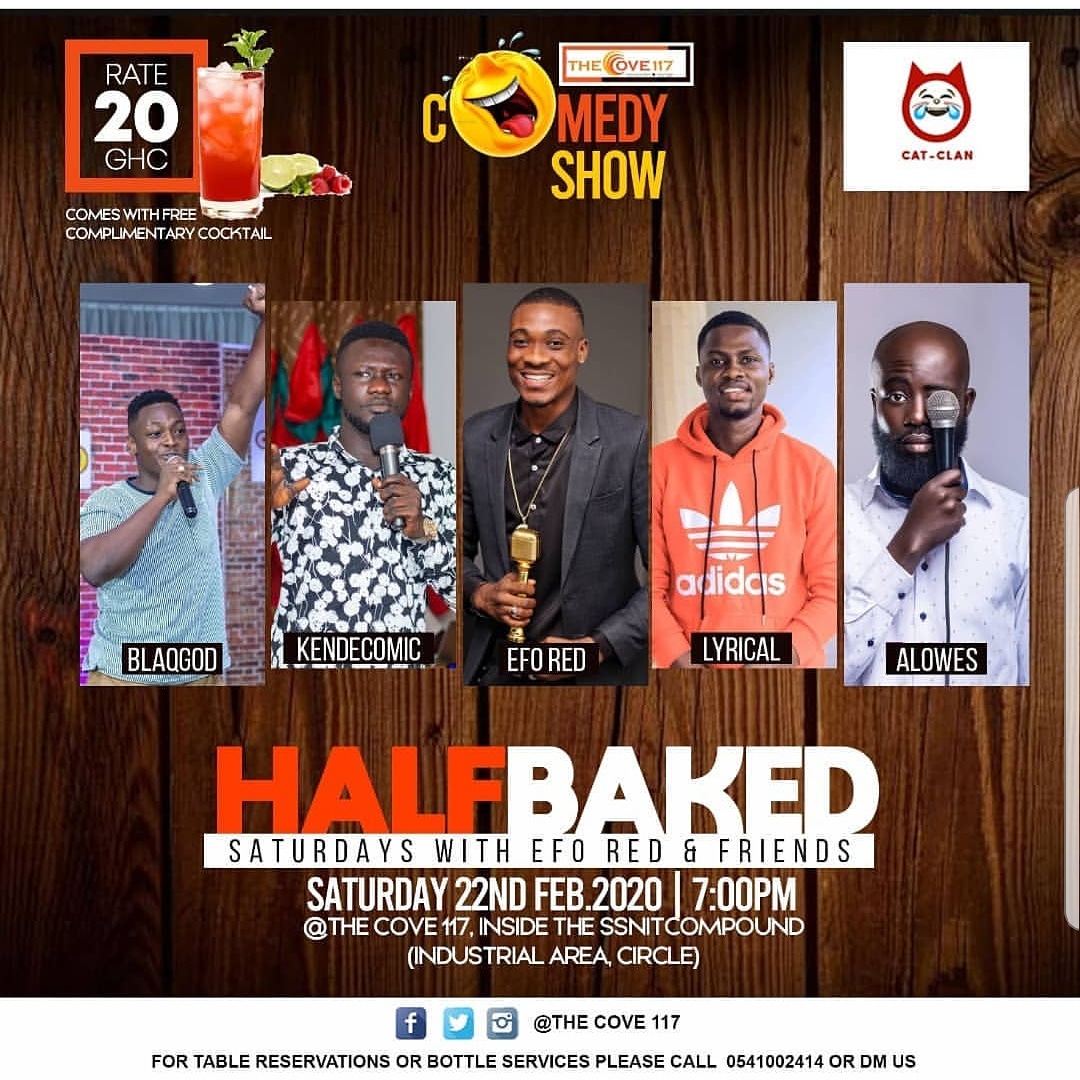 Prepare for your sides to split and also for your heads to be left rolling… as The Cove 117 Restaurant & Lounge; together with the Cat Clan; present the HalfBaked Comedy Show, hosted by Efo Red & Friends on Saturday the 22nd of February 2020!

Wondering who’s on the bill for the HalfBaked Comedy Show? Jamie says…

Billed to perform on the night (and additionally tasked with leaving us in stitches and with memories to last a lifetime) are not only BlaqGod, but also Ken Decomic, Lyrical, Alowes, and of course, the headline act himself, The King of the Cat Clan… Efo Red.

What other details do we need to know about the event?

As previously mentioned; The HalfBaked Comedy Show would be held at The Cove 117 Restaurant; which is also located inside the SSNIT Compound at the Industrial Area in Circle. It starts at 7 PM and tickets are going for a cool 20 cedis on the night (and this also guarantees you a complimentary cocktail!). I hope to see you slapping our sides uncontrollably on the 22nd, and equally important … Keep reading and also interacting with your favourite blog (and also vlog) The Brew Show; as I do appreciate your feedback!

2 thoughts on “A HalfBaked night of rib tickling comedy!”