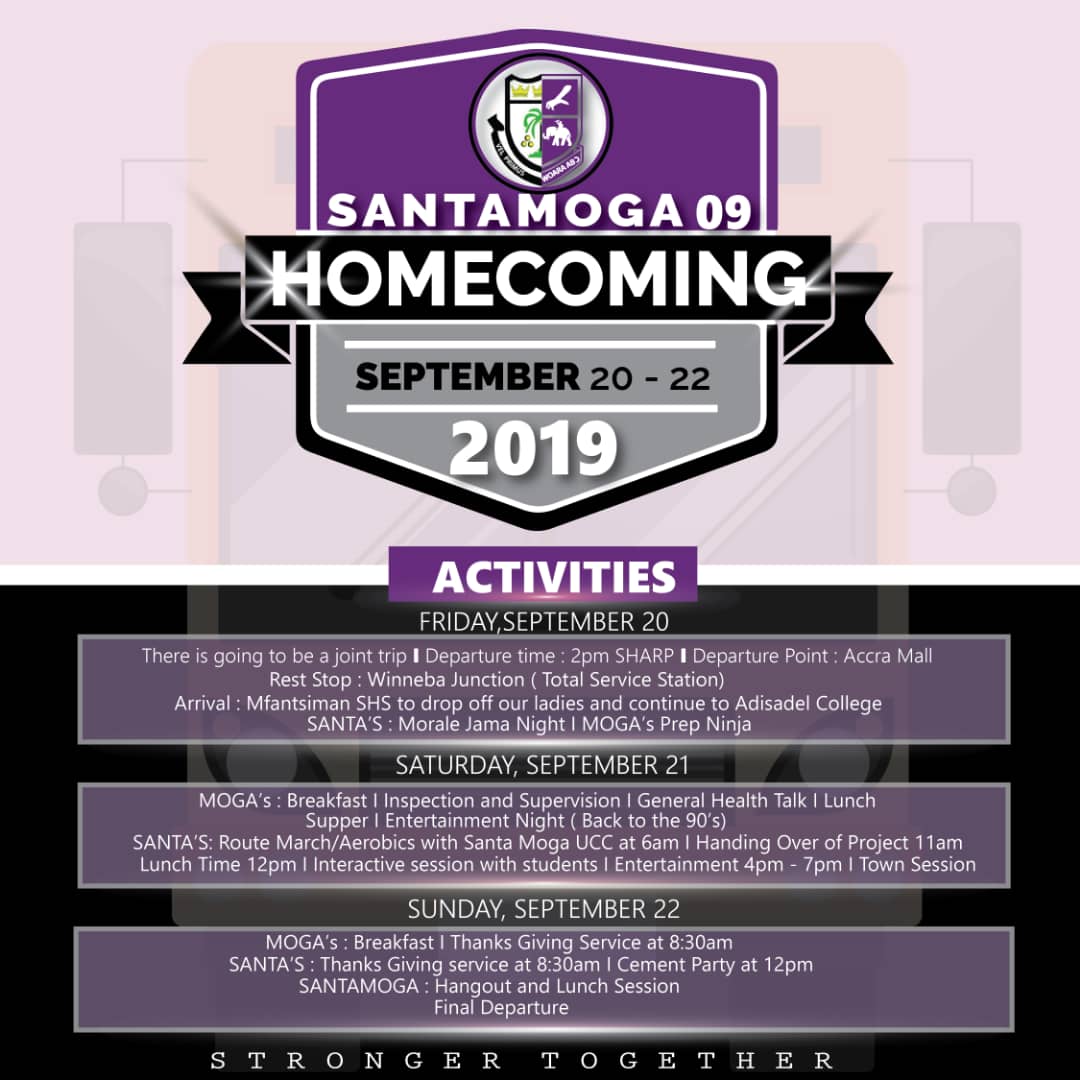 It’s time for the SantaMoga ’09 Homecoming

Maiden E.N.T Hub Startup Nexus lives up to its billing

The respective year 2009 classes of both Adisadel College and Mfantsiman Girls Senior High School; are pleased to announce the program lineup for their homecoming to signify a decade since they graduated from school; dubbed the SantaMoga ’09 Homecoming.

What should we expect from the Santas & Mogas? Jamie says…

From the 20th to the 22nd of September 2019; residents of both Saltpond and Cape Coast can be sure to expect loads of fun-filled activities that are bound to not only get tongues wagging; but also get people to wonder if it’s an extension of the annual Afahye!

It starts with a joint road trip from the alumni on Friday (with the pickup scheduled for 2pm), and at night the lovely Mogas would disembark at their Alma Mater for their Prep Ninja session; whereas the Santaclausians head towards Adisadel Hill for their “morale” jama night. The official flier for the SantaMoga ’09 Homecoming

Saturday morning kicks off with an interesting aerobics session with UCC SantaMoga (of which I’m proud to be an executive of; once upon a time). In addition; the group would continue to spend time in and around their campuses for a general health talk by the ladies; as well as the handing over ceremony for the renovated geography block, which would then be followed up with an interactive session with students from the gents. Furthermore, both sets of alumni would on Sunday join their students for Thanksgiving services; (an event coupled with for the hugely symbolic cement party for the Santas, while preceded by breakfast for the Mogas); before joining to hang out and have lunch together… after which they conclude their homecoming by setting off stronger together.

Kudos to the executive and member bodies of both Santa ’09 and Moga ’09 for not only clocking this significant milestone but also for organising what promises to be a truly amazing event.

Chris K comes out with No Vex Me
Previous Post
Yung Pabi to drop R.W.M.O.H EP