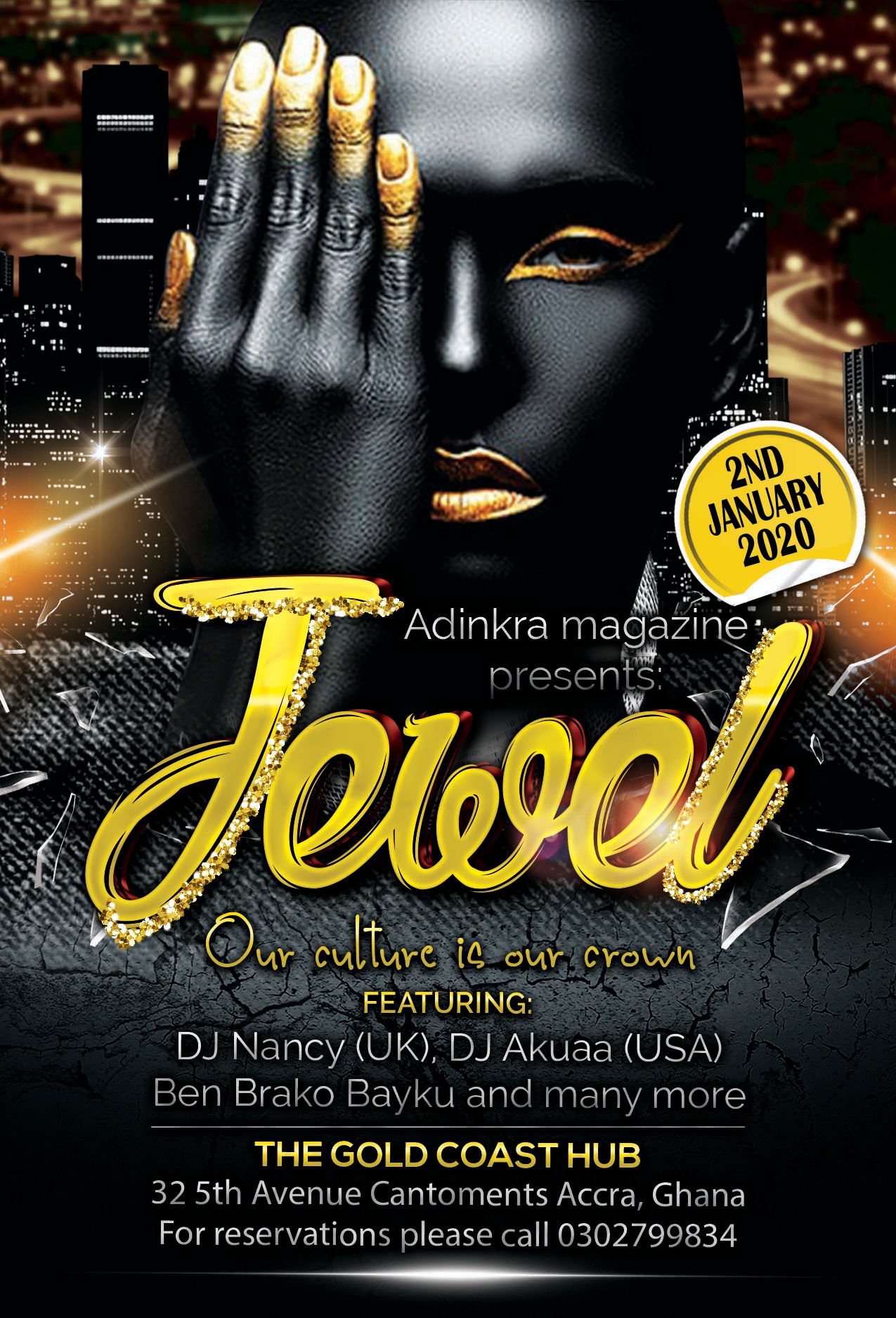 The European Super League, and why it will destroy football

Adinkra Magazine has announced, in a partnership with The Gold Coast Hub; the launch of its maiden event in Ghana, Jewel; slated for the beginning of 2020. The theme for this prestigious event is “Our culture is our crown”.

Who is Adinkra Magazine?

Adinkra Magazine is a UK based award-winning educational and also culturally centered blog; which incidentally is being run by Anowah Brako (You can check out her Youtube channel here). Additionally;  the magazine helps places emphasis on not only helping preserve, but also raising awareness of Africa’s rich and diverse oral history, folklore and poetry. It seeks to capitalize not only on Ghana’s Year of Return but also on the already jam-packed holiday fixture list; in a move that would undoubtedly further excite Ghana’s vibrant party-goers. Meet Anowah Brako, the brainchild of not only Adinkra Magazine, but also The Jewel Event

Where and when would Jewel be held?

The Jewel event comes off on the 2nd of January, 2020; at the distinguished and classy Gold Coast Hub in Cantonments, Accra. Expect not only highlife legends like Ben Brako to grace the occasion; but also modern international Afrobeat turntable sensations like DJ Akuaa from the USA and also the UK’s DJ Nancy. Moreover, a variety of performers such as Bayku have already been listed (and also many more being arranged); Jewel promises to attract lots of Ghanaian and international flavor; with an estimated 800 people expected to grace the event at the turn of the year. The host on the night; is none other than the lovely Viennty. The Jewel Party’s official flyer, by the organizers Adinkra Magazine

Proceeds from the purchasing of Jewel’s tickets; would go a long way to supporting two charities; Future of Africa; A Ghanaian organization which is not only child protection centered, but also an inclusive education, vocational training, and youth engagement charity and equally, the UK’s Poetry Prescribed; where they use not only spoken word but also poetry to promote good mental health and wellbeing. Kindly call +233302799834 to make reservations for the event.