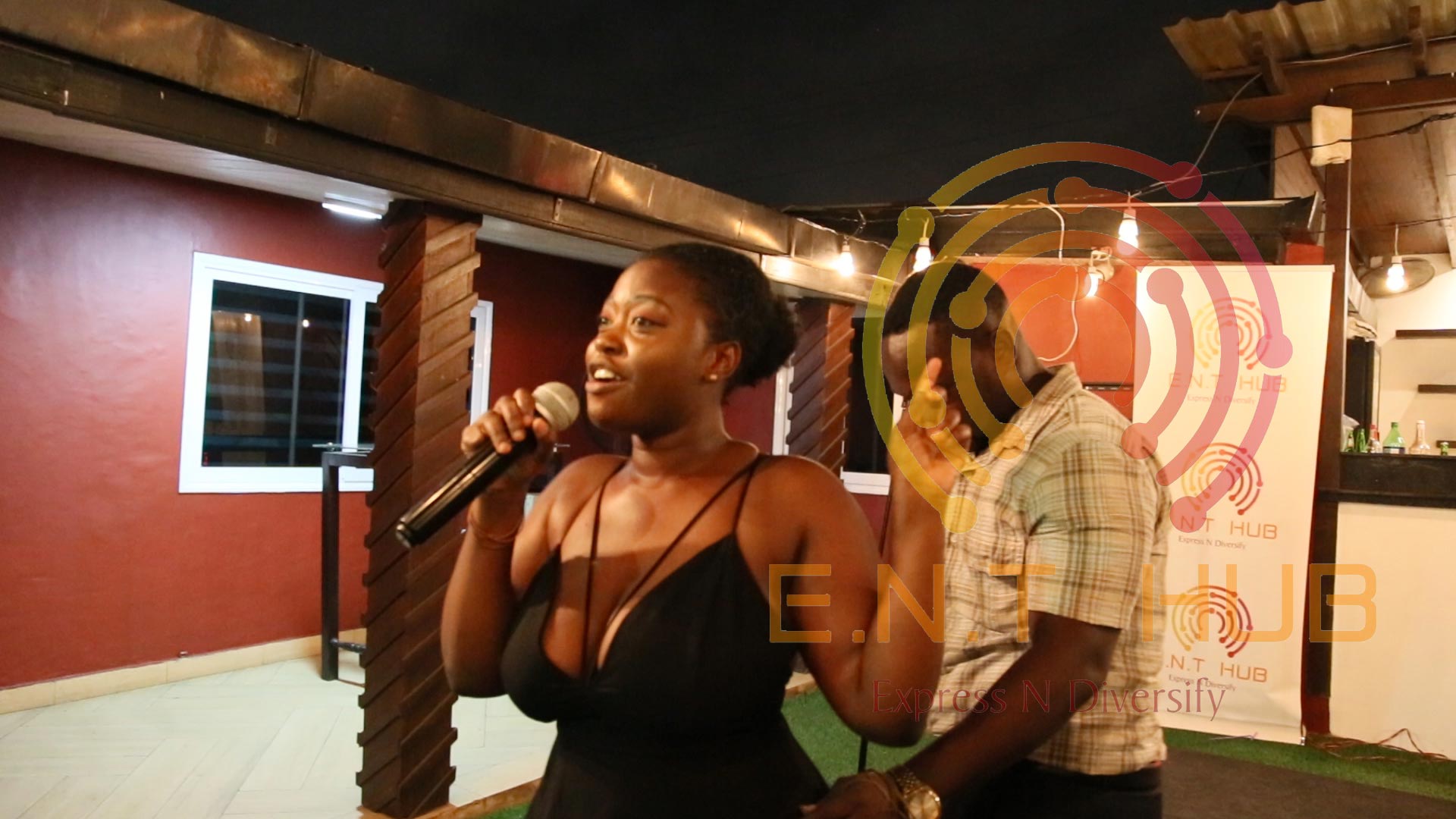 The second edition of the E.N.T Hub’s Open Mic Night; did not disappoint, as those of us in the audience were treated to loads of lovely performances throughout the fun-packed night!

As I earlier hinted in a previous story; this was going to be a truly memorable event. From the opening performance; those in attendance in the BBNZ Live Bar; knew they (or rather, we) were about to witness something special; as a lot of diverse artists; for instance Essilfie, Summit Boahen and Jason El-A to name a few; brought their A-game and eagerly introduced us to their unique talents; ranging from music (not only by artists with their own songs but also a few really incredible covers, particularly this one from Ronny Bryan Johnson) to some thought-provoking spoken word acts in addition.

And when we’re finally able to unglue ourselves from the acts and their craftsmanship; we were catered to some tasty servings from Wonder Wings complement the fun! I doff my imaginary hat once again to the E.N.T Hub, and I do hope as Alexis Laura said during a brief interview, that this was a small part of the group’s vision to continually support young creatives get their moments and also seize opportunities that come their way. By the same token; I’ll also love to commend all the performing acts from the event, as they continue to enhance their skill and perfect their craft.

The Manchester Derby, reactions and more!

Man Utd vs Arsenal recap & more with Victor The Host

All smiles at the 7th edition of the #youngachieve

As we celebrate our third anniversary today, we'd

#throwback to when we brewed wonderful memories at

May The Lord’s sacrifice resonate in our thought

#tbt to when #thebrewshow attended a very successf

As we continue to build up towards the next instal

Here’s to the weekend!😊 #thebrewshow