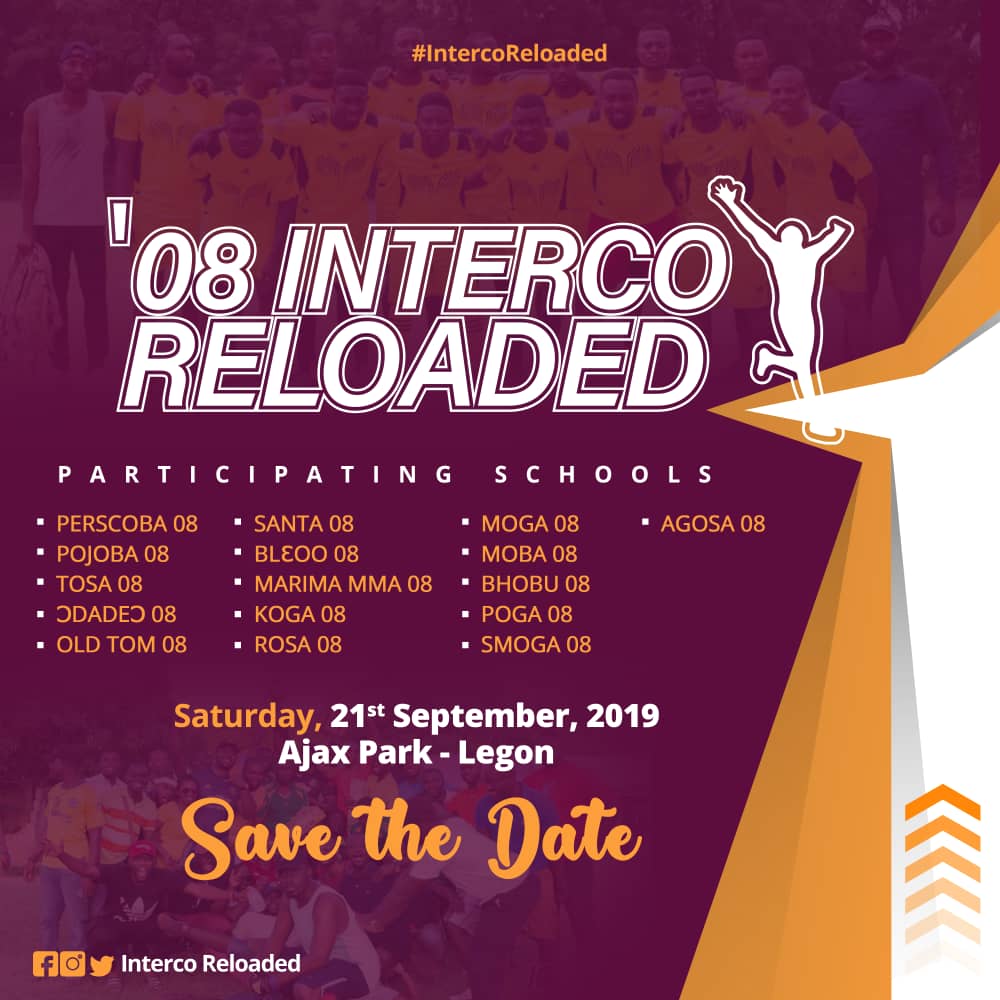 What should we expect from the ’08 Interco Reloaded? Jamie Says…

This year’s event, which happens to be its second edition, following last year’s success; would be a hybrid affair. In addition to the fun games; there would not only be a cooking competition but also provisions have been made for a health screening for all alums of the participating schools.

When and where would the event be held?

The ’08 Interco Reloaded would be held on the 21st of September 2019 from 7 am at Ajax Park in Legon, Accra. All roads will lead to Accra as part of September’s holiday weekend package, so don’t miss out! Additionally, you would be best served to look for #intercoreloaded or #08intercoreloaded on your Facebook, Twitter, and Instagram for more information.

Man Utd vs Arsenal recap & more with Victor The Host

Was all fun and games at the Social Media Hangout!
Load More... Subscribe

All smiles at the 7th edition of the #youngachieve

As we celebrate our third anniversary today, we'd

#throwback to when we brewed wonderful memories at

May The Lord’s sacrifice resonate in our thought

#tbt to when #thebrewshow attended a very successf

As we continue to build up towards the next instal

Here’s to the weekend!😊 #thebrewshow

(A bit of) work and (a lot of) happiness! You neve